So continuing onto the idea that I played with last week, the yarn and liquid latex combination that turned out to be this very visceral thing that teetered between the edge of being beautiful and grotesque, I wanted to created a larger installation that would be more interactive. My original idea for the "intestine" sculpture, which is what I am calling it now, was to have it mimic blood vessels...but after seeing the finished product it functioned much more as an organ, or intestine. So I wanted to have the viewer be able to walk inside this object and experience it from within.

I've been writing a research paper all weekend on Anish Kapoor and this idea of "the void" that he uses in his works. If you aren't familiar with this artist, he is incredible! I've talked about him a little bit in my earlier posts, but I have really gone in depth researching him for this paper I had to write for my Art Theory class. The Void is all about the "immaterial" and the "unseen", what lies beyond. A very sublime concept that is about transcendence, and much of his works are interactive with the viewer. I wanted to find a way to play on this black hole idea, or a never ending tube.

This is using his trademarked "Vantablack." He created it with a nanotechnologist, and caused quite the controversy when he gained exclusive rights to the worlds blackest black, for use in art. The black absorbs 99.96 percent of all light....let me get some of that!

Watch this lecture by the artist...it's amazing!

So, this time, I took a red solo cup, wrapped it with red yarn, around and around again, and painted it with a thick layer of latex. I let it dry for about 4 hours, and then peeled it off (or more easily, just cut the cup away from the piece...it was much faster that trying to peel it off of the broomstick handle. I then, set it in one of my boxes, and started to paint a vortex within, on the opposite side of the wall. I wanted it to feel as though you could keep walking endlessly. My maquette is not that successful in my opinion. Maybe if I had better painting skills, or had Kapoor's "blackest black" trademark pigment, it would be better. I have even though about cutting away the wall in a hole and stretching some material outward to enhance the void. Regardless, this is the finished product today, and I am walking away from it for now!

The Role of the Self in Process...

Why Is That Art?

And so it begins 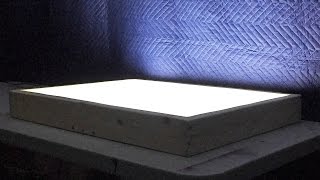 Ideas for MFA in progress exhibition